Edward Barrett is a University of New Hampshire graduate. He loves his friends and family, younger sister Elizabeth and long time girlfriend Katie Douglas. He has a twitter account to share his interests of Davies Harley bikes and the Republican Party. He is a supporter of right winged politics in the US however he doesn’t support most of their extreme claims of homosexuality and religion. He loves music from his childhood in the 70s, as well as music from recent times.

How real is this person?

Evidently Edward Barrett is as real as any other person online. Although everyone accepted Edward Barrett as a friend on Facebook, no one ever questioned the authenticity of the profile. I haven’t received any messages about him being a fake or complaints from Facebook. 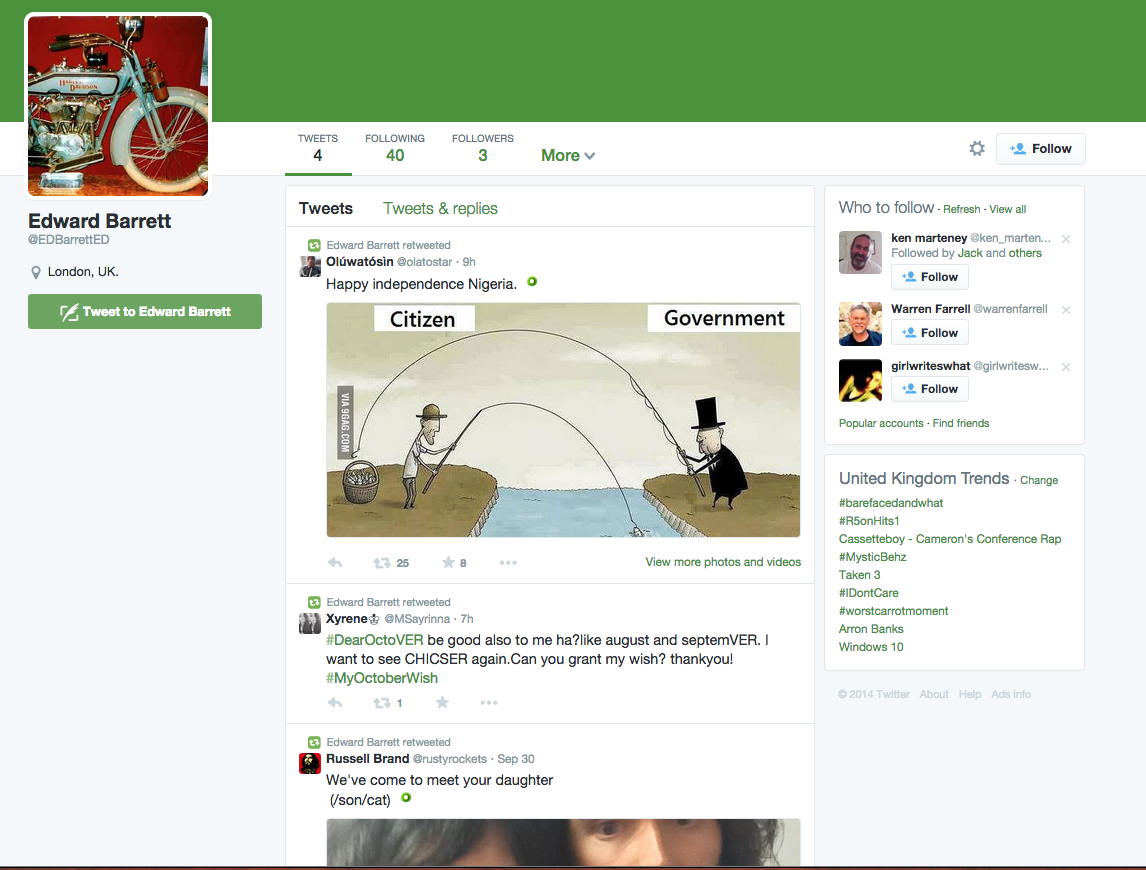 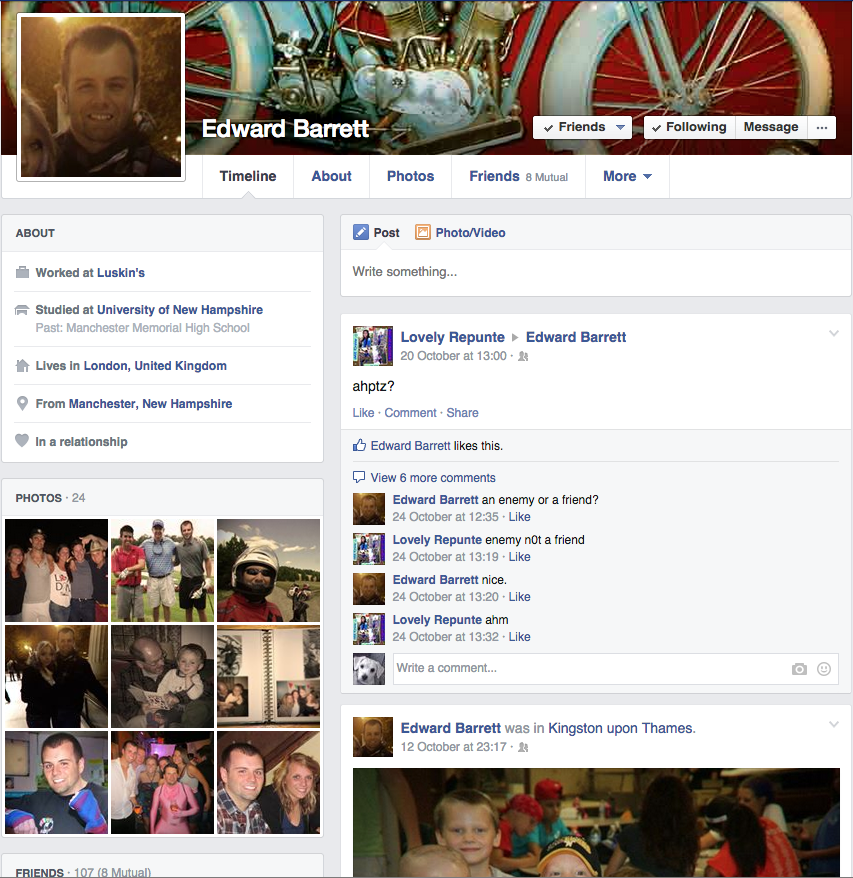 How could the illusion be developed further?

I believe this project is very limited. There is only so far you can create a fake person online. The illusion works with people Edward Barrett is a stranger too. However, if I were to pretend to be the “real” individual whose photos I used. Then the illusion will be destroyed. So I believe this only works with strangers online and I think possibly believable to strangers in public. For example, if I were to use Tinder to “fish” people out, I possibly can create that illusion of people believing I’m a real person looking for a partner. However I believe creating a fake person on dating websites are very unethical and against the terms and agreements of the websites.

Where does simulation step over the line into being real?

At the point Edward was expressing opinions only he could believe. From what I mean is, when I went a couple of days as Edward (acting), I “became” him. His personality was real I talked to lots of people online and in groups. Most notably a group for Harley Bikes. They completely believes I was real. So when does the illusion become indistinguishable to the real? I believe when the blankness of the online profile became filled with an individual’s taste.

Are there issues here that make us (you) uncomfortable?

Not to my understand. I’m quite desenseitised to online activities. Although if I were to join a “hook up” website or a group on Facebook then I probably would be very uncomfortable.