Tim Webb was the introducer and the person carrying us through the next 3 weeks with the technical workshop. He talked about Laurel and Hardy as famous actors in Hollywood during the 1920s. They are a slapstick duo. He then mentioned and showed a few clips from The Rope (1948) by Alfred Hitchcock. There was mention of frames and a German film called Victoria (2015) which was shot in a continuous camera, similarly Birdman (2014) did this but they used digital effects and moving the camera into the sky to cut the scenes and make the shot seem continuous. 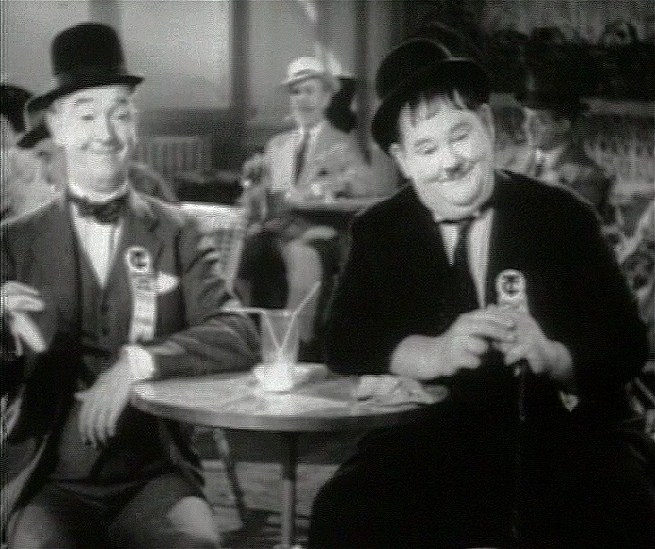 Apparently there are cons and pros to using animatics.  To be economical and time wasting for experimental animation. The calculation of time in animation movements are important for animatics and the main purpose of them.  Tim mentioned Seven Minutes: The Life and Death of the American Animated Cartoon. The seven times is the commonest length of cartoons. A small burst of imagination that took to shame the comedy shorts of the silent era and the film industry. Hanna-Barbera Productions being an example for creating Tom and Jerry. As well as Scooby Dooby Do. There is an formulae of using the trio archetype in comedy bitshows like animation shorts, similarly with Clown performances. The nuisance, the controller and the overreactor.

Tim mentioned Scott McCloud’s understanding comics. We did a quick sketches round with a partner, we did complicated and also simple emotions – We talked about the roles of eyebrows in facial expressions. Lipsyncing is apparently difficult, overacting is a language used in animation. Jules Feiffer is a satirist cartoonist who drew a simplified and realistic copy of President Nixon – similarly the Kuleshov experiment might explain the eyebrows and the projection of emotions. To project of situations to blank expressions – 1 thing plus another thing will equal a new thing. As in, to mix clips of two things there is a new illocutionary force creating a message. END_OF_DOCUMENT_TOKEN_TO_BE_REPLACED

The first seminar was the bases of documentary making, we watched Christoph Steger (2004) – Mother. As well Chris Landreth’s Ryan. The intimacy of Mother is stronger and clear, the documenter is clearly careful and personally touched by her story but Chris Landreth is exploitative towards Ryan, the fallen star animator whom won numerous awards. But now a drunk and a failure of capturing his past success.


The Man Who Laughs (1928) is a silent film that was the inspiration for the Joker DC comic book character. The protagonist is a physically scarred patron of a English aristocrat, he is forced to wear a smile which ultimately causes him to suffer and ironically become miserably.

The Phantom of the Opera (1925), German Expressionism with Film Noire themes. The Dark themes were explored through the films in the silent period. Although Hollywood was positive and less dramatic, the European Theatre used twisted sets and damaged dark characters with empathises on shadows and spot lights.

Here are some concepts to follow – there seems to be a connection to clowns and the naive paradoxical imagery of danger and aggressive. The origins of the clown probably comes from the jesters in medieval times. Not all imageries of the clown and jester are negative. There is a fool’s trust on the void – the one foot in the air and the one on the Earth (cliff) – the bringing of the humanness and the Divine. Didier’s talk on the Sacred Clown is one example – he considers the clown as an important role to a spiritual path.

Heath Ledger’s possible origins for his interpretation of the Joker is Tom Waits – the singer. A heavy smoker with a raspy voice.

Tim showed us this link after our quick presentation for the brief. The Last Trick by Czech Animator Jan Švankmajer, 1964. There is elements of practical creations with a surrealistic vibe infused with the playful performance.

I don’t want people leaving the theater depressed after my movies. I want them angry. Depressed is a passive emotion. Anger is active. Anger will mean that maybe 5 percent, 10 percent of that audience will get up and say, “I gotta do something. I’m going to tell others about this. I’m going to go look up more about this on the Internet. I’m gonna join a group and fight this!” – Michael Moore

There’s a lot of information from my fingertips, when it comes to documentary making I pretty ignorant, so I have to educate myself. Judging from the articles I read, documentary is unbiased, used as a means to ask questions rather than give answers. It is a medium or a platform given to the viewers about the topic at hand. What the topic is conveyed like is up to the filmmaker. Also I’ve learnt that art is more important than humanist messages. Entertainment is not a dirty word for documentary. Comedy can be used as well. What this all means is that you have to think and be a filmmaker not a documenter. Michael Moor clearly is opinionated on the pretentious demeanour of documentaries for example he feels that documentaries are nowadays like medicine. But I think that he wants document to be come more self-evaluating, which might be useful but shouldn’t be used to smack into the viewer. The viewer gets it. The viewer understands that the whole world has problems. Michael believes this too, he believes that documentaries are condescending towards the public. I agree. I think everyone’s favourite documentaries are like Morgan Spurlock’s Super Size Me. A classic and strongly messaged documentary which does entertain as much as informs, I believe that there is a clear line to achieve this. Pretension is the cancer of the art world. Documentaries tell the truth, even if the documented speakers might not. I believe that the filmmaker needs to balance the bias with information of the counter-opinion. But being impartial is not always good. Say for example a documentary on ISIS, I think no one would view or even dare put on a film with reviews on dancing on the neutral zone with ISIS. They are anti-intellectual, this is completely against even the reason of documenting – pluralism.